The semi-annual U.S. Cattle Inventory Report was released on July 24, 2015 by the National Agricultural Statistics Service (NASS). This report confirmed that U.S. herd expansion is continuing. The report saw significant increases in every category except the category of Bulls, 500-pounds and over which remained unchanged from a year ago, as shown in Table 1. 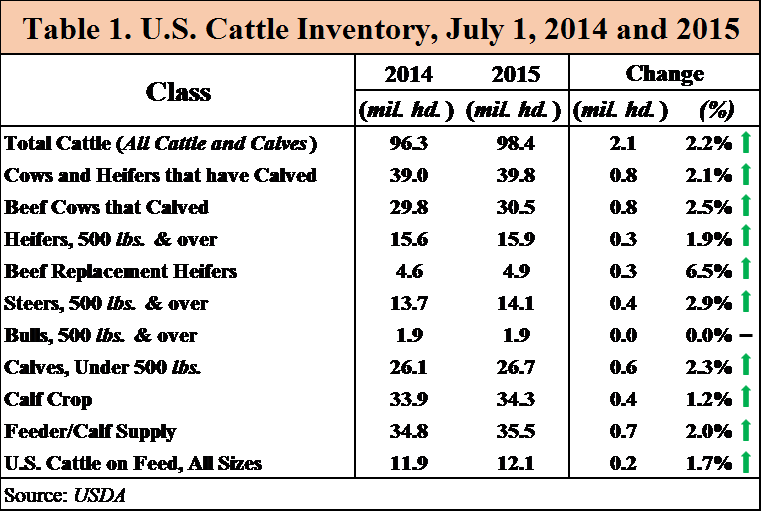 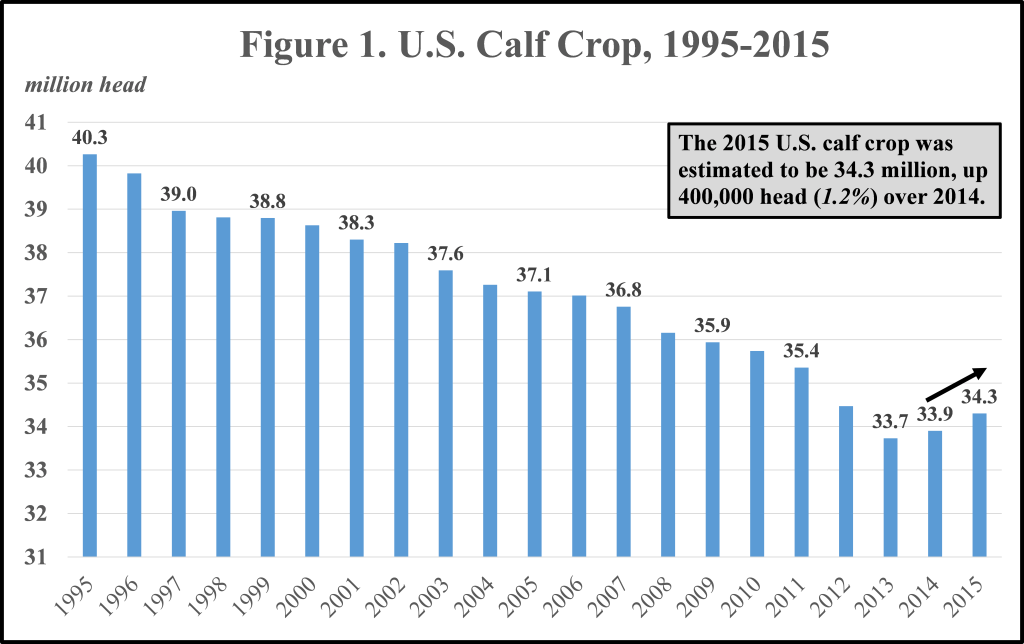 The U.S. cattle cycle finally appears to be turning the corner with larger calf crops and cattle inventory numbers. The results of the January 1 and July 1 cattle inventory reports have made it clear that expansion is taking place by retaining more beef cows and replacement heifers. This continued beef herd expansion will be moderately bearish on cattle prices during the next couple of years. Remember, that changes in cattle inventory will be slow due to the size of the beef industry and the reproductive biology of cattle.

View all posts by Chris Prevatt